Butternut HF2V vertical for 40 and 80 metres.  Very slightly weathered, only erected a few months ago, currently in use and will be dismantled on purchase.
For details see:
<https://www.dxengineering.com/search/product-line/butternut-hf2v-2-band-vertical-antennas?utoview=SKU&keyword=hf2v&sortby=BestKeywordMatch&sortorder=

Array Solutions Mini StackMatch II, brand new and un used.  Two antenna port StackMatch without relays with SO-239 connectors.  Handles 3kW.  Array Solutions product code: Mini SM2 3K-SO.
This device is basically the StackMatch without the ability to do any switching of antennas.  It is a fixed transformer device in a die-cast aluminum weather resistant case.  It will provide phasing to two or three 50 ohm antennas without the ability to switch the stack like the standard StackMatch product.  They can be combined to allow stacks of 2, 5, 6, 8 and 9 antennas.  It has the same specifications as the standard StackMatch and can be used on 6 meters.

Co-axial Hard-line, half-inch, about 50 feet.  Was used once for a few days at an exhibition and has since been in storage.

Hygain Tail Twister rotator and T2X 240V AC control unit, with manual.  Not used since refurbished by W4QM, in Cocoa Beach, Florida.   Dale had a very good reputation in Florida for refurbishing Hygain rotators and control boxes.  I brought it home from the USA and it has been in storage not used since.

Various Butternut HF6V and HF2V coils and other parts, plus other coils

Antenna builders - I have a large quantity of aluminium tubing, some new and some from various antenna projects, including some 15 and 10m traps that I used to make my own for three and four element trap beams for 20, 15 and 10m.  I also have a large collection of fixings, clamps, boom to mast plates, etc thatv I have accumulated over the years and do not now have a use for.

Scaffold joiner.  Used for joining two sections of scaffold poles or other 2 inch OD aluminium tubing, for a mast.

Included amongst the aluminium tubing is 70 feet (3 x 20 feet and 1 x 10 feet sections) of three inch diameter tubing, that was used as the boom on a Wilson full-size six element yagi for 20m.  I never put it up but bought the antenna for the elements that I used as the basis for my own trap beams.

Roberts R 200 portable transistor radio, serial V 55419, manufactured 1960-64 by Roberts Radio Co Ltd, East Molesey, Surrey.  Superheterodyne (common); ZF/IF 470Hz.  Medium and long wave-bands.  Powered by 9V PP9 battery (not supplied).  External antenna socket on rear.   Originally priced at £14 in first year of manufacturer.  Very good condition for its age with nothing broken (except the carry strap, see picture) and no scratches or marks on the case.  Radio works fine on the long-wave band, especially with an external aerial, but there is a fault on the medium wave-band in that stations are only received when I lightly touch part of the tuning condenser.
For spec, please see <https://www.radiomuseum.org/r/roberts_r200_r_200.html#threadTop>

Carlton Press Hearthstone Book (USA) Between the Wars by G3DKS 1986

CQ Communications Inc Where Do We Go Next? by OH2BH, 1991

FOC FOCUS, the quarterly magazine of the First Class CW Operators’s Club. Collection of every copy from number 1 (Winter 1989) to number 70 (Spring 2007), contained in six black magazine binders.  Plus loose copies of editions 71-72, 74, 76-88 and 90-99.  Each copy is in the A5 booklet format and averages 52 pages.  All copies are in good condition with no tears, creases or marks.

G-QRP-Club SPRAT, complete set of every copy of SPRAT, the respected magazine of the G-QRP-Club founded by G3RJV in late 1974, from number 1 (pictured) to number 184 (the current issue).  The first 19 editions are in the form of either 14, 16 or 18 pages of foolscap paper stapled together, and from number 20 are in the current A5 booklet form.  The collection includes the special 2019 issue in memoriam of G3RJV who died on 11 March 2019.  All magazines are in good condition with no tears, creases or marks on them.

G-QRP-Club SPRAT, bundle of every copy of SPRAT for the years from number 20 Autumn 1979 (pictured) to number 60 Autumn 1989.  All magazines are in good condition with no tears, creases or marks on them.

KTE Publications Where do we go Next? by OH2BH, 1991 with supplement The Last Chapter - The Story of ZA1A

Morsum Magnificat The Story of The Key by W3WRE 1995

RSGB The Bright Sparks of Wireless by G6JP 1990

Out of FOCUS by N2KW, first printing April 2013.  108 pages containing, “a collection of Feature articles, and Contesting columns from FOCUS magazine.  FOCUS is published quarterly and is the house organ of the First Class CW Operators’ Club”.  Autographed by author.

After 47 years of being a hoarder and building up a large store of amateur radio equipment and book, sadly I have reached the stage of life where we have to down-size to a smaller house with less land where I will not be able to make use of, or have the room to store, much of my equipment or books.  I am therefore offering it for sale before, perhaps, donating it to a club, or even scrapping it.

I have a large amount of other amateur radio equipment, that is too numerous to list separately, and which will be made available to personal callers.

I haven’t priced each item because I haven’t had the time to research what each item might be worth etc, but if you let me know anything you are interested in, then I will send you a postage / shipping cost, and I am sure we can come to an agreement on the price.  Most of the equipment can be sold cheaply as I just wish to dispose of it.

Please email me at <chris@g4bue.com> if you would like more information about something or would like to visit and look at what I have.  I am retired and am generally available most of the time.

I am regularly adding new items, so please look back from time to time.  I will delete items as I sell them.

Thinking of a new QTH?  I am selling our QTH.  Please click here 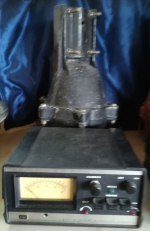 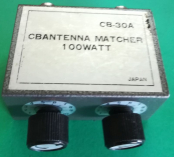 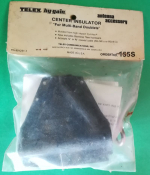 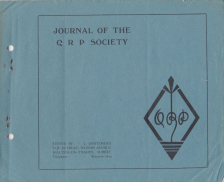 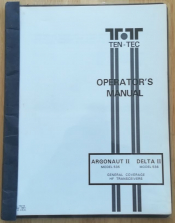 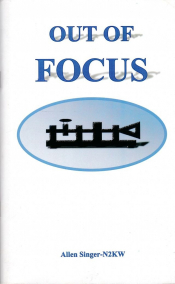 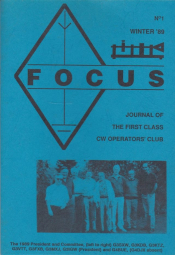 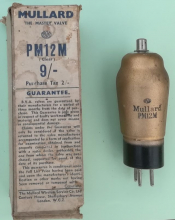 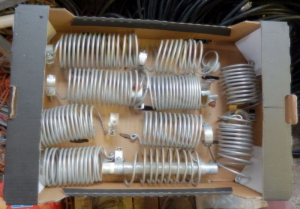 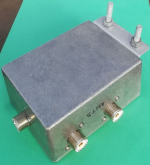 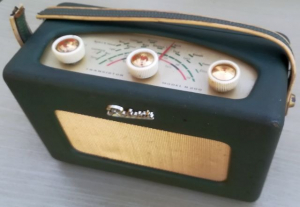