My particular interest within nature has always been butterflies.  This started when I was eight years old when Clive Stace, an older boy living close to me in Tunbridge Wells, Kent, got me interested in them.  Clive had a good collection of butterflies that he had caught, mounted and displayed in a cabinet, which was the way things were done in the 1950s, but would be very much frowned upon today in view of the decline of many species of butterflies.

Clive was also interested in wild-flowers and went on to lecture on botany at Manchester University and become Professor of Plant Taxonomy at Leicester University, President of the Botanical Society of the British Isles (BSBI) and the author of several books, including New Flora of the British Isles that is regarded as the standard work on the identification of the wild vascular plants of the British Isles.  Clive also retained his interest in butterflies and in June 2016 sighted the Chequered Skipper (in Scotland) to complete a personal sighting of every species of British Isles butterfly.

Here are some of the butterflies that frequent our garden and meadow in the summer months.

the male and the female. 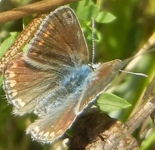 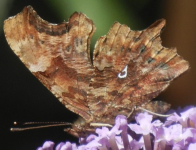 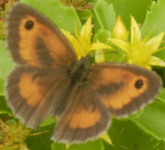 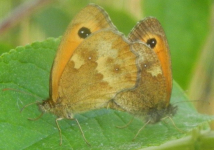 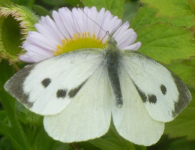 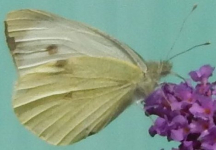 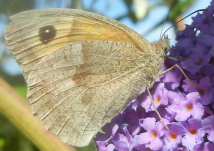 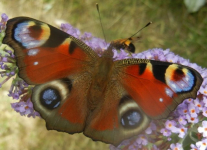 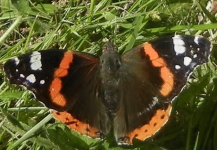 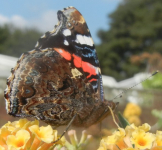 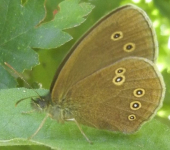 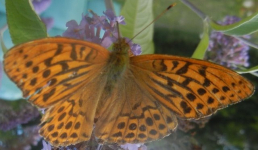 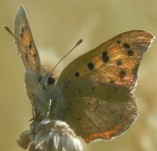 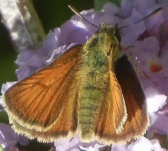 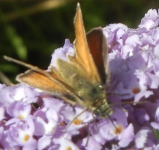 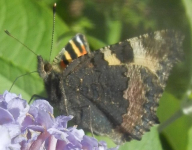 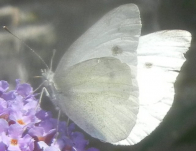 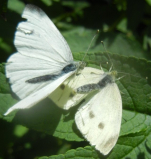 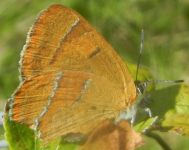 There are a total of 59 species of butterfly (listed below) which breed in Britain, plus several extinct species, and a few migrants. Of these species, 51 were sighted in Sussex in 2017 (as indicated with an * in the table below, reproduced from The Sussex Butterfly Report 2017 published by the Sussex Branch of Butterfly Conservation). 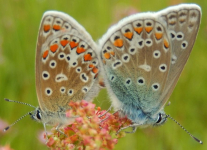 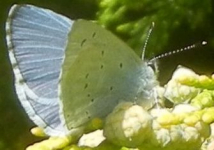 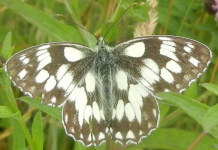 Large White caterpillars in a group, young on the left and older on the right